This is the 10th edition of the newsletter, and the time flies indeed.

The last week for me revolved around keeping up with Apple's announcements and late night releases, but also with finally unpacking the bar at the new place.

Not sure yet what is more exciting: seeing working Widgets in App Store apps, or hosting first guests behind the new bar and mixing drinks. 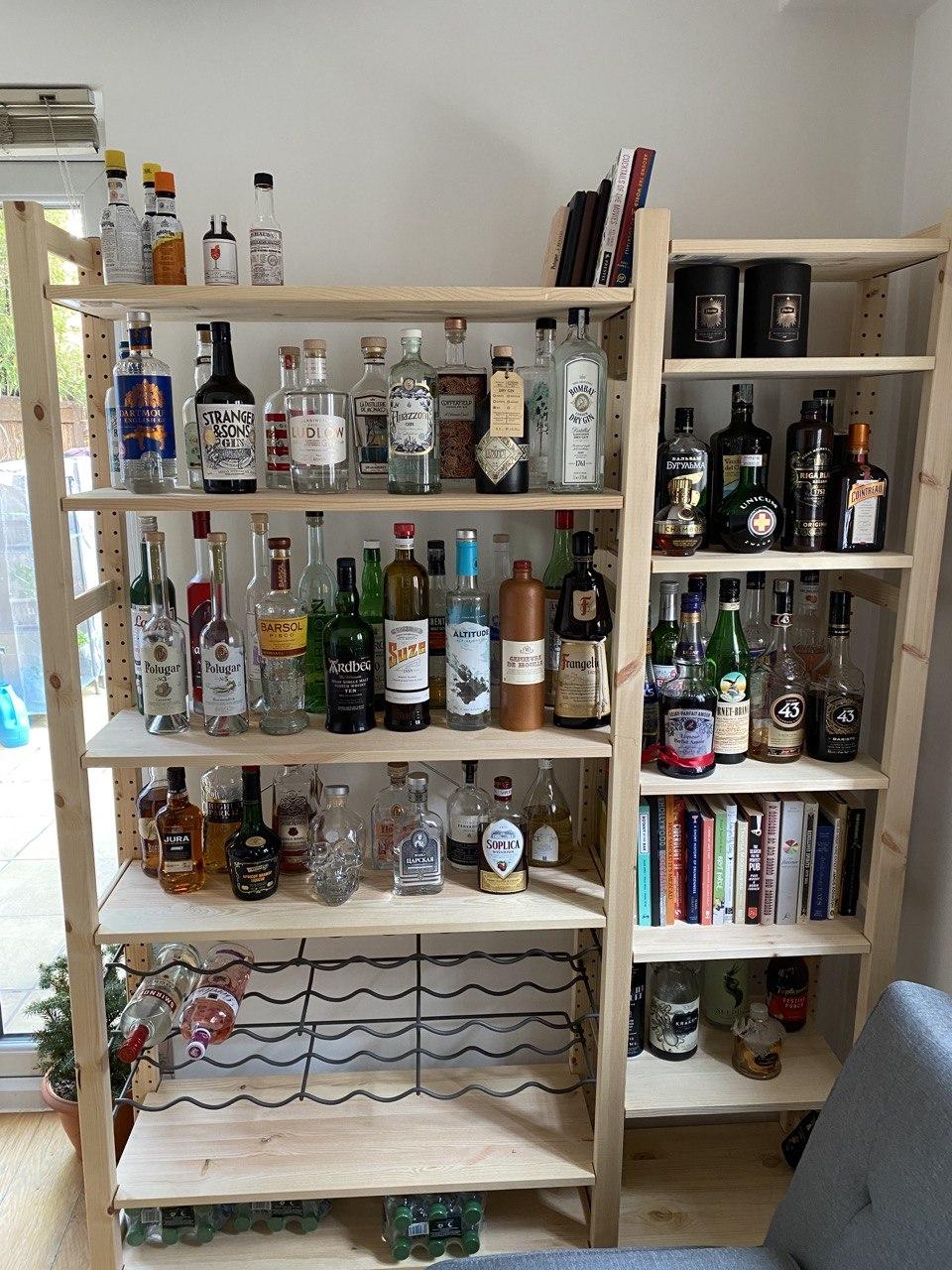 1. Buying Myself Back by @emrata ¶

A very powerful and yet an honest essay by the model Emily Ratajkowski, covering a few major issues in the digital world: from the difference between the online image and ther real person to the difficulties of keeping the ownership over yourself.

Through my contacts, I was assured that they would reach out to him to confirm that the study had been a gift from Prince to me and me alone. He didn’t respond well to this assertion.

All these men, some of whom I knew intimately and others I’d never met, were debating who owned an image of me.

A fascinating story about using an image on Instagram to find out the phone number and passport details of the former Australian Prime Minister, and then trying to reach out to him via public channels.

Not really sure what to expect, I called up and was all like “yeah bloody g’day, day for it ay, hot enough for ya?”. Once the formalities were out of the way, I skipped my usual explanation of why I was calling and just asked point-blank if they had Tony Abbott’s contact details.

The person on the phone was casually like “Oh, no, but I can put you through to the Serjeant-at-arms, who can give you the contact details of former members”. I was like “…..okay?????”. Was I supposed to know who that was? Isn’t a Serjeant like an army thing?

3. The rise and fall of Pret a Manger by @WillBedingfield ¶

When I was working in my first London-based office, the closest place to grab a lunch was Pret a Manger, and yet I never fully understood its idea.

Overpriced sandwiches, small wraps on a constantly reheating plate, an excuse of a fruit bowl, and this dark liquid pretending to be made out of coffee beans.

The chain tries to serve every customer within 60 seconds of entering the queue. This, along with the long-understood idea that workers were unwilling to walk further than a street or two for lunch, contributed to its growth. It emphasised freshness to customers – it claims that bacon is its most processed food.

I guess that just explains it all.

4. How much do you charge for your work? by @dialloibu ¶

The price of something is usually dictated purely by what one is willing to pay for it, and yet asking for a specific amount is always hard.

But, there is an answer to the question, "how much do you charge?" I vary it from customer to customer, but the message is the same.

“It all depends on how much time you need from me.”

This is a very good way to put it.

5. The untold history of macOS System Preferences by @zhenpixels ¶

These tiny details Apple actually pays attention to is one of the main reasons I adore their products for.

Over the years, the icon has represented the most efficient light bulb technology of the time. So, in 10.5, the icon changed from an incandescent bulb to a more efficient compact fluorescent. Then, in 10.10, the light bulb changed again to an LED design.

6. What Is the Sound of Thought? by Andrea Moro ¶

An unexpected answer to a fairly rare question.

Waves: In either case, this is the concrete stuff of which language is physically made.

7. How algorithms discern our mood from what we write online by Dana Mackenzie ¶

Monday’s reputation as the worst day of the week was also ripe for investigation. Although “Monday” is the weekday name that elicits the most negative reactions, Tuesday was actually the day when people were saddest, an early analysis of tweets by Danforth’s Hedonometer found.

I did something very similar in 2016 but used the sentiment analysis for predicting stock market trends based on Facebook posts and tweets. The quality was fairly good, but the speed was subpar and didn't really work for HFT but made a great research paper which managed to get some recognition by my university and even got printed.

8. My New Theory by @jcieplinski ¶

Despite looking like an almost conspiracy theory I err on the side of agreeing:

The new Apple Solo loops are not about the Watch. They are an operations experiment, to see how well Apple can manufacture at grand scale products that are more personal and customizable than ever before.

Most likely Apple wants to see if they are ready for scaling more of their practices and build something new as efficient as everything else.

Despite being a controversial advice, using DNS over HTTPS proves to be a better option for the majority of people than relying on whatever your provider is fond of doing.

With Encrypted DNS, the middlemen will only see 91.198.174.192 — which is an IP of wikipedia.org. Hold on, there’s a nice detail. Ipinfo.org tells us there are at least 19 domain names associated with this IP! In fact, you could be visiting invoker.com — which has the same IP today. The ISP would not know the difference.

The good news is, now it's even easier!

Just a fancy name (thighs of the dawn nymphs) for frogs' legs.

In 1908 Georges Auguste Escoffier caused a sensation when he served Albert Edward, Prince of Wales, cuisses de nymphes a l'Aurore, or thighs of the dawn nymphs, at the Savoy Hotel. (Escoffier apparently found the English translation of cuisses de grenouille too vulgar to print on a menu.)

By the way, my first attempt at cooking frogs' legs happened almost accidently a decade ago and was the last attempt as well. 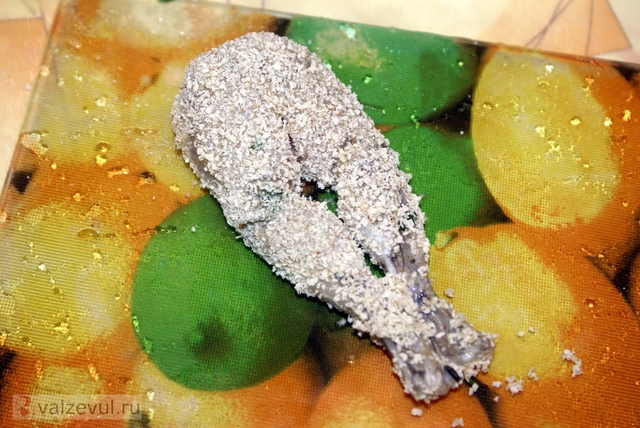 I've managed to find them frozen in a shop in my hometown and spent the whole evening trying to understand what's the best way to cut and clean them. The result was not too bad, but definitely didn't worth the hussle.

An old TV might emit something powerful enough to cause broadband outages.

"It turned out that at 7am every morning the occupant would switch on their old TV which would, in turn, knock out broadband for the entire village."

The TV was found to be emitting a single high-level impulse noise (SHINE), which causes electrical interference in other devices.

So glad my school teachers didn't consider that option to bring back our attention during lessons.

Such a great way to get a promotion at BrewDog:

In 2016 our packaging manager was annoyed at people saying we were not punk enough anymore.

So he printed 'Mother Fucker Day' on the bottom of 200,000 Punk IPA cans. All of which we had to recall.

Most firms would have fired him. But we made him employee of the month.

I never paid attention to importance of properly heating up tomato sauces (whether it is for pasta or something else), even though it does make sense:

Meanwhile, if the temperature manages to get hot enough, those same proteins and sugars will break down into smaller pieces and recombine, forming hundreds of new flavorful compounds—this process is a combination of both caramelization (the process by which sugar alone browns), and the Maillard reaction (the reactions that take place between proteins and sugars as they brown). It creates an end result that is both sweeter and more complex than the starting ingredients.

There is a very dangerous coffee plants problem:

Most of their leaves are gone, and the ones that remain are drab olive and curling at the edges. There are yellow spots, brown in the center, on the leaves’ upper surfaces. On the underside they are pebbly, and coated with a fine orange dust.

The dust looks like rust on a piece of steel, and that is how it got its name: The plants are infected with coffee-leaf rust, a devastating fungus.

For those convinced that people didn't care about air pollution until recently: there is actually a piece from 1661 (and a very detailed one):

It is one of the earliest known works on air pollution and is broken down into three parts which explain the problem, a proposed solution, and a way of improvement upon the air in London. The letter was specifically addressed to King Charles II of England and discussed problems with the capital's air pollution dating back to medieval times.

A great and almost detective story on trying to find out why some building doesn't look the way it should look in a videogame.

It's not like I was very good at geography but still, excited to learn about new (albeit not recognized by the majority of governments) countries.

Snaking down the border between Moldova and Ukraine is a landlocked sliver of terrain called Transdniestria. It’s home to more than half a million people and run by an independent government. It has its own form of currency, a constitution, and a standing army.

While a polar bear pâté sounds quite exciting, it seems to be a pretty bad idea:

The recommended daily allowance (RDA) for vitamin A in humans is 0.9mg, and you can get that from eating just one-tenth of a gram of the liver from a well-fed polar bear. The entire liver contains enough vitamin A to kill as many as 52 adults.

New England's Dark Day occurred on May 19, 1780, when an unusual darkening of the day sky was observed over the New England states and parts of Canada. The primary cause of the event is believed to have been a combination of smoke from forest fires, a thick fog, and cloud cover.

Given the century, I might imagine a surge in religious books and believers across the country.

I was reading "English for Natives" by Harry Ritchie and found this fascinating reference to Homer's famous phrase "the wine-dark sea":

Various explanations have been given for Homer's puzzlingly winey sea: Greek wine could have looked green or blue in some lights; the sea might have looked reddish at sunset, Homer was as blind as a bat. But eighth-century-BC Greek wine came in the same colours as it does today, and the sea he was talking about was the same azure-blue Mediterranean as today's, the only difference being that it was full of fish instead of carrier bags and the shards of old lighters.

The answer is – because this was the eighth centrutry BC and 'blue' didn't exist yet.

What I find even more interesting is that in centuries from now people might look at these words and think, why'd someone describe such a simple thing with a few paragraphs when there is already a word for this whole concept, as the language never stopped evolving.