The first sentence is a handshake.

A reader shakes hands with a writer. The writer has already had to shake hands with the unknown.

Some folks refer to the fear of the unknown as the blank page anxiety, which I find less honest.

The page is just a canvas, and the canvas is always a good thing -- it narrows down the scope, and the art blossoms in limitations. Instagram became succesfful due to its square frame. Twitter strived because of the 140 characters limit.

Hence writers don't have an anxiety of the restriction. It's the lack of it which puts them into fear.

I wrote about it in 2016, but the unknown didn't get any clearer since. Surprisingly, the same applies to writing code, cooking, or mixing cocktails. The sky has no limits, and that's why it is so hard to start.

And yet, the only way to fix it is to keep trying.

Here is to the persevere ones 🍸

1. The rise and fall of French cuisine by Wendell Steavenson ¶

A thorough history of French cuisine:

There is much that modern chefs and their happy customers owe to the nouvelle cuisine movement – the art of plating, fish lightly cooked to opalescent instead of woolly, the liberal use of herbs – but at the time, plenty of people liked to laugh at the fussiness of the presentation and complained that the portions were too small. Innovations and the reactions to them have always been part of the kitchen table debate.

I do remember my first visit to a Michelin-starred restaurant.

It was in Paris (of course it was in Paris!), and I was young, and yet I appreciated every single moment there, from entering a tiny wooden door, to tables very close to each other, to a deconstructed soup poured in our plates, to a cheese platter served as a dessert, to a permission to visit the kitchen and make a few photos.

The French cuisine is something we can never be grateful enough for, and yet, as the author rightfully says, this is the time to move on.

If you're thinking of a quick (ha-ha) side-project for a weekend, why not to build a satellite ground station?

If you are using a Turnstile antenna, remember to track the satellite as it orbits overhead. You can let the visible strength of the signal guide you. If you are using another antenna like a V-Dipole you need to pay attention to orientation: keep the antenna parallel to the ground with a north-south orientation.

A beautiful story: partly about prophetic inventions, partly about the history of pocket-sized computer, which definitely resonates with me.

My first PDA was Cassiopeia E-200, a second-hand device which was more than capable for reading books and making handwritten notes.

4. I Tried to Live Without the Tech Giants. It Was Impossible. by Kashmir Hill ¶

How hard would it be to block all tech giants and enjoy the free Internet? Apparently, very hard. I try to use DuckDuckGo on my devices, and yet constantly switch back to Google for a reason. Seems that the other companies are as hard to avoid too.

When I blocked Google, the entire internet slowed down for me, because almost every site I visited was using Google to supply its fonts, run its ads, track its users, or determine if its users were humans or bots.

Those complaining about writing code for well-documented platforms should try writing apps for the Xcode Simulator.

Surely there was no official documentation to make this happen. iOS Simulator was never a platform to build on top of. After numerous trials and errors, I found a way to inject our code into Simulator as the “plugin”. It was practically a dynamic library, loaded into one of iOS’s native processes.

However today it is way easier (mostly thanks to the above article).

6. The History of Astronaut Ice Cream by Juliet Izon ¶

“It was half a gallon of Neapolitan ice cream that you would buy in the store,” he says. “It was frozen solid, and then cut with a bandsaw, if you can believe it.” Then, the ice cream was freeze-dried using a specialized machine, which turned the ice directly into gas. That process—which, if you recall from high school physics, is called sublimation—is what’s responsible for the tiny air pockets in freeze-dried cream; it’s where the ice crystals were in the original, frozen product. Finally, about three-quarters of an ounce was loaded into a pouch.

The history of food never ceases to amaze me. Once it comes to the ice cream, or pizza, or steaks, seems that there is no right or wrong, and someone's fad easily turns into a tourists' attraction.

7. The Case of the Top Secret iPod by David Shayer ¶

Sometimes I think I've seen everything. Then Apple happens:

iPod OS was written in C++. Since it didn’t support third-party apps, there was no external documentation on how it worked.

Whenever you realise that great products could be build in very... specific environments, you also understand that most of the things we argue about do not matter.

What really matters are the users.

In some countries drivers can get personalised plates for their cars. However, sometimes it is harder than you think:

When a DMV customer wanted to supposedly express his affection for his two children, Kyle and Sean, he applied for a vanity plate that read “KYLSEAN.” A sharp-eyed DMV staffer reviewing the proposed plate quickly raised an alarm. “Kill Sean!” he scrawled on the side of the application. Request denied.

And yet the reviewers exist for a reason:

Applicant Explanation: I’m the extension of my dad. My father’s name is “Dick” and I was named after him

Our unoptimized version searches 20,000 files (the Swift code base) in about 400ms; to make it feel fast we want it to run in under 16ms, which is the time for a display pass when rendering at 60 frames per second.

Kek lapis Sarawak is a relatively new dessert. It originated in the 1970s and 1980s, when the Betawi people from Indonesia introduced Sarawakians to kek lapis Betawi, or lapis legit, a localized version of the spit cakes that Dutch colonists used to enjoy.

To be fair, I knew about kek lapis Sarawak last Tuesday but only because I've seen them on the Great British Bake Off. What I didn't know though, is the level of complexity some of these cakes reach: 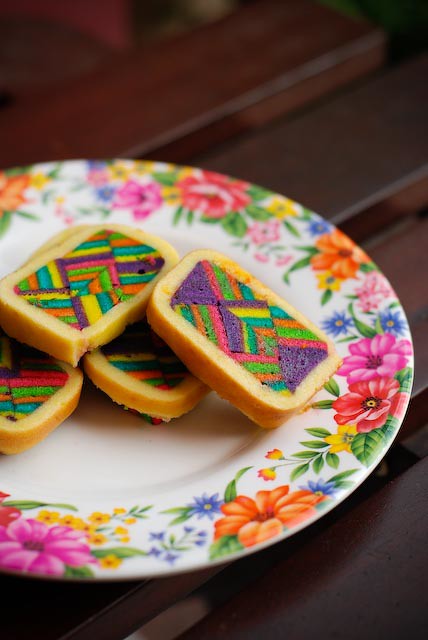 In linguistic morphology, a cranberry morpheme (or fossilized term) is a type of bound morpheme that cannot be assigned an independent meaning or grammatical function, but nonetheless serves to distinguish one word from another.

In simple words, in English there are morphemes which occur only in a single word. The morpheme cran- occurs only in the word cranberry, hence the name, but there are plenty of other examples: twi and twilight, luke and lukewarm, and so on.

There is actually a person who suggested to doctors to wash their hands in mid-1800s. What'd we do now otherwise?...

On his return, the obstetrician was devastated to learn that his good friend, a pathologist, had died of what seemed eerily the symptoms of childbed fever. More telling, he had nicked his finger while performing an autopsy on a woman who had died of puerperal fever, before soon taking ill himself.

Eureka! A light bulb burst on inside of Semmelweis’s head.

Apparently teaching children new words is hard. So hard, the history has many hilarious anecdotes about folks striving for perfection and writing books using only a very limited set of words.

In 1959, publisher Bennett Cerf (below) approached Dr. Seuss to lay down a playful and very specific challenge. The new Bright & Early imprint used a list of 182 words. Could Dr. Seuss write a book using only 50 of them?

He won the $50 in the end. And also got fame, lots of money and one of the most sold books in history.

Have you ever heard about ?attach= parameter for mailto: tag? It allows to include arbitrary files on disk.

Why bother breaking PGP encryption if you can just ask to attach the private key to the email?...

“Make as ordinary wheat bread, using about 20 per cent of uncoagulated blood from raw flesh, preferably beef. It is nutritious and anti-scorbutic.”
The Complete Bread, Cake, and Cracker Baker, J. Thompson Gill, (Chicago, 1881)

Now, if you are familiar with the Nordic Lab experiments, you might also know that raw blood equates to eggs in its qualia. They have similar coagulation temperatures, and almost the same amount of proteins per gramm.

The simplest way to try? 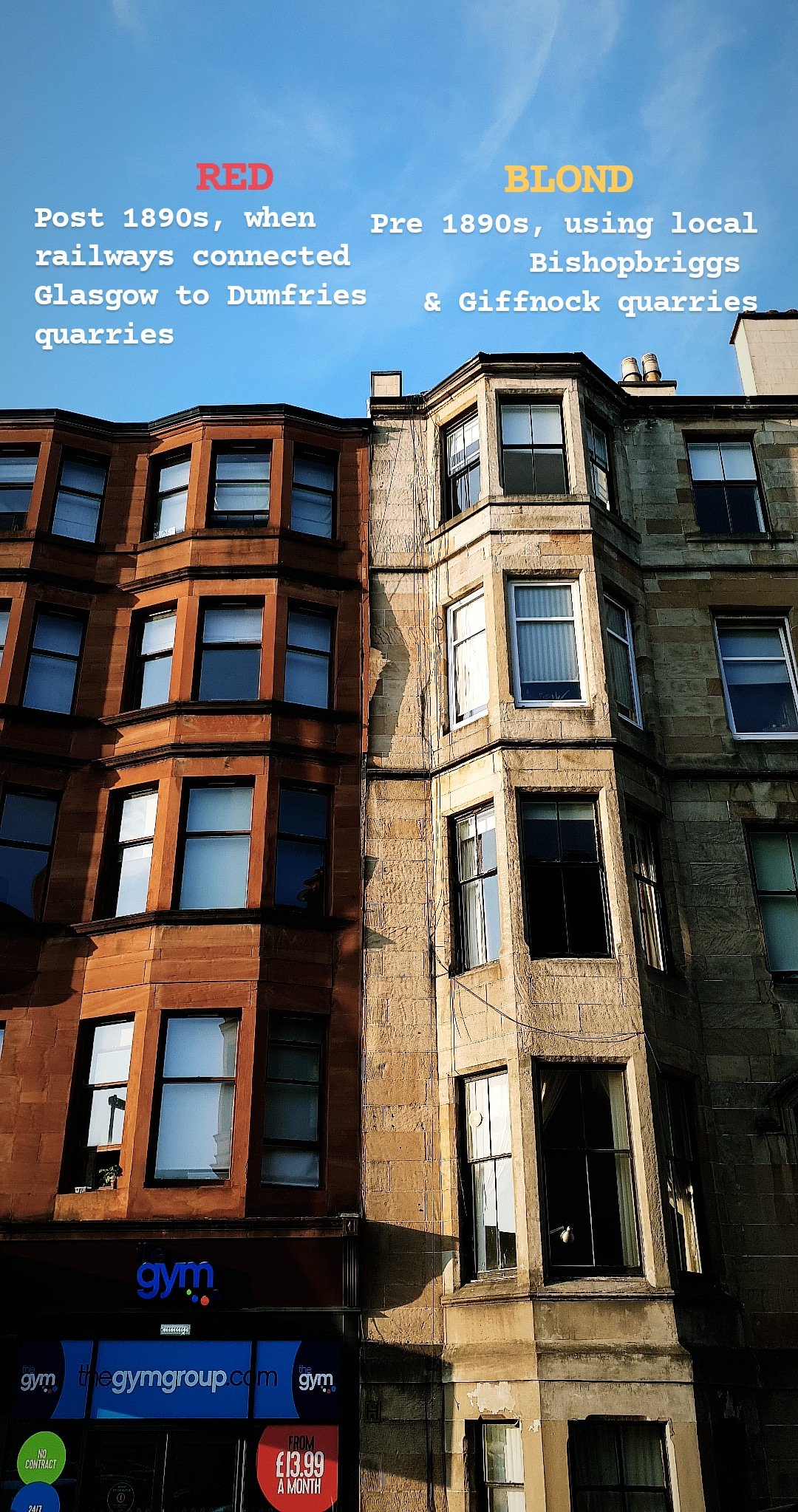 [...] a cutaneous phototoxic inflammatory reaction resulting from contact with a light-sensitizing botanical agent followed by exposure to ultraviolet light (from the sun, for instance)

The common name originates from people making Margarita cocktails on hot days, as when the lime juice gets onto their hands, it is not harmful on its own, but it amplifies the UV-lights which are dangerous.

Amazon has a fascinating history behind its current name:

They also registered the domain name Relentless.com and kept it (if you type that into your browser today, you'll be redirected to Amazon.com).

The basic idea of TDT is that when we communicate with other people, we not only tend to believe them, but the thought that maybe we shouldn’t does not even come to mind.

The most common example is reading books, where we rarely assume but something published might not be true.

If you get the chance to describe world's history in six drinks, what'd you pick? Tom Standage in his "A history of the world in six glasses" goes for beer in Egypt, wine in Greece and Rome, spirits in the Colonial Period, coffee in the Age of Reason, tea in the British Empire, and Coca-Cola to show the rise of America.

Knowledge of tea and its ceremonial consumption in genteel surroundings at home became a means of demonstrating one's sophistication. Elaborate tea parties emerged as the British equivalent of the Chinese and Japanese tea ceremoniesl tea was served in procelain cups, imported in vast quantities as ballast in the same ships that brought the tea from China.

Tea was not just a drink; it eventually became an entirely new afternoon meal.

I am not a tea person and never been.

In my childhood people around always had tea after supper, the elderly prefer it with milk, the younger ones with sugar, mostly they go for a green tea in the evening and a black tea in the morning.

It is always paired with sweets, whether pastries, or buns, or chocolate.

I always drink water instead. Sometimes I'd have boiling hot water with a tea bag on the side to avoid raising questions.

These days my wife enjoys tea thoroughly and writes about a journey from dust in teabags to the high-quality loose leaf teas.

However when I try something rare and unusual (or common and cheap, for that matter) I get the same: powerful notes on the nose and an absolute lack of flavour.

I guess that's how a chunk of history just goes in the vain due to an absolute ignorance of taste buds. At least reading about teas is still very entertaining.