These days my life is all about simplicity.

A caring ear, a glass of warm red wine, fermented almost across the street, and quiet rumbling of burning coal in a pizza oven is pretty much what one needs at the brink of autumn.

It is not the things that become less complicated, it is the senses that sharpen over time and through experience.

I wonder if living closer to the sea means seeing more mountains?

1. The Geography of the Odyssey by Elizabeth Della Zazzera ¶

Homer fans have been trying to figure this out—and squabbling over their findings—for as long as the Odyssey has been in the canon. And for just as long other people have been calling efforts to map the Odyssey a complete waste of time. If no one can agree on its physical geography, Odysseus’ imaginary journey is easy to retrace.

A noble deed of plating as much banana slices on a peanut butter sandwhich as possible. Thanks to ML and computer vision, you can replicate that at home.

If you ever were curious why so many companies are obsessed with letting users decide or customise on the final products, here is the answer:

In simple terms, the IKEA effect implies that we tend to value an item more when we have played a part in creating it.

Now I wonder if I can ask my manager once in a while, whether he likes this line of code with a semicolon in the end or without. The IKEA effect in programming would be fun.

The 1920s were a Renaissance of some kind for household refrigerators, and a great selection of them still exists in one form or another:

Nonetheless, a concerted effort was put forth in the 1920s and 1930s to produce a cheap, reliable, efficient domestic refrigerator. From books I’m reading on the subject, the great diversity of refrigerator manufacturers in the United States that existed in the 1920s, seems to be boiled down to a handful of companies in the depression era.

5. Why a Slack Backlash Is Inevitable by Alex Kantrowitz ¶

An interesting perspective on what is the toll of workplace chats for employers. I do not necessarily agree with the point, as there is nothing wrong with being the "problematic employee":

The problematic employee, the employee who would sit around at the lunchroom and tell people how bad this place is — that’s just happening on Slack, and it’s amplifying.

But I can see how for some people it would make sence to go back to emails and pretend it never happens.

In general, a lab is a place where you can safely perform experiments. Most of you reading this article are techies and sysadmins. As you know, trying out new things on production equipment never ends well.

A very inspiring story of building a proper engineering test site at home. I doubt I will ever do something similar but truly remarkable nonetheless.

I used to play chess a lot in my childhood for that it was almost mandatory at my primary school, and then gradually turned into a passion.

Abuhamdeh and Csikzentmihalyi found that maximum pleasure in their study was felt when one’s opponent was 260 Elo points stronger (that is, one’s chance of winning was only 20%)

Interesting to see how the authors of the essay turn the game into a sort of war modelling application and build upon its characterstics.

8. How 'swapping bodies' with a friend changes our sense of self ¶

While it sounds like a plot twist from a sci-fi novel, the scientists actually managed to replace the visual stream of two people by using glasses combined with streaming video in high resolution. Such a time to be alive.

What could be a more British snack, than a pile of bisquits shaped like small branchesm and covered in Marmite? Nothing, obviously.

Twiglets are a wheat-based snack with a "distinctive knobbly shape" similar to that of twigs.

Also do have a look at this episode of Mr. Bean from 1997 on how to make twiglets at home.

As developers we work with logs a lot. And the logs are stored in logbooks (or at least they were). What's the ethymology?

The term originally referred to a book for recording readings from the chip log that was used to estimate a ship's speed through the water.

So how come a chip log was used to estimate a ship's speed? In the absence of GPS and without any visible clues about the speed of a ship in the open water, sailors started to throw wooden pieces with a tied strope (hence the definition of knots as nautical miles per hour!) into water and then measure the relative speed against such logs, hence the name. 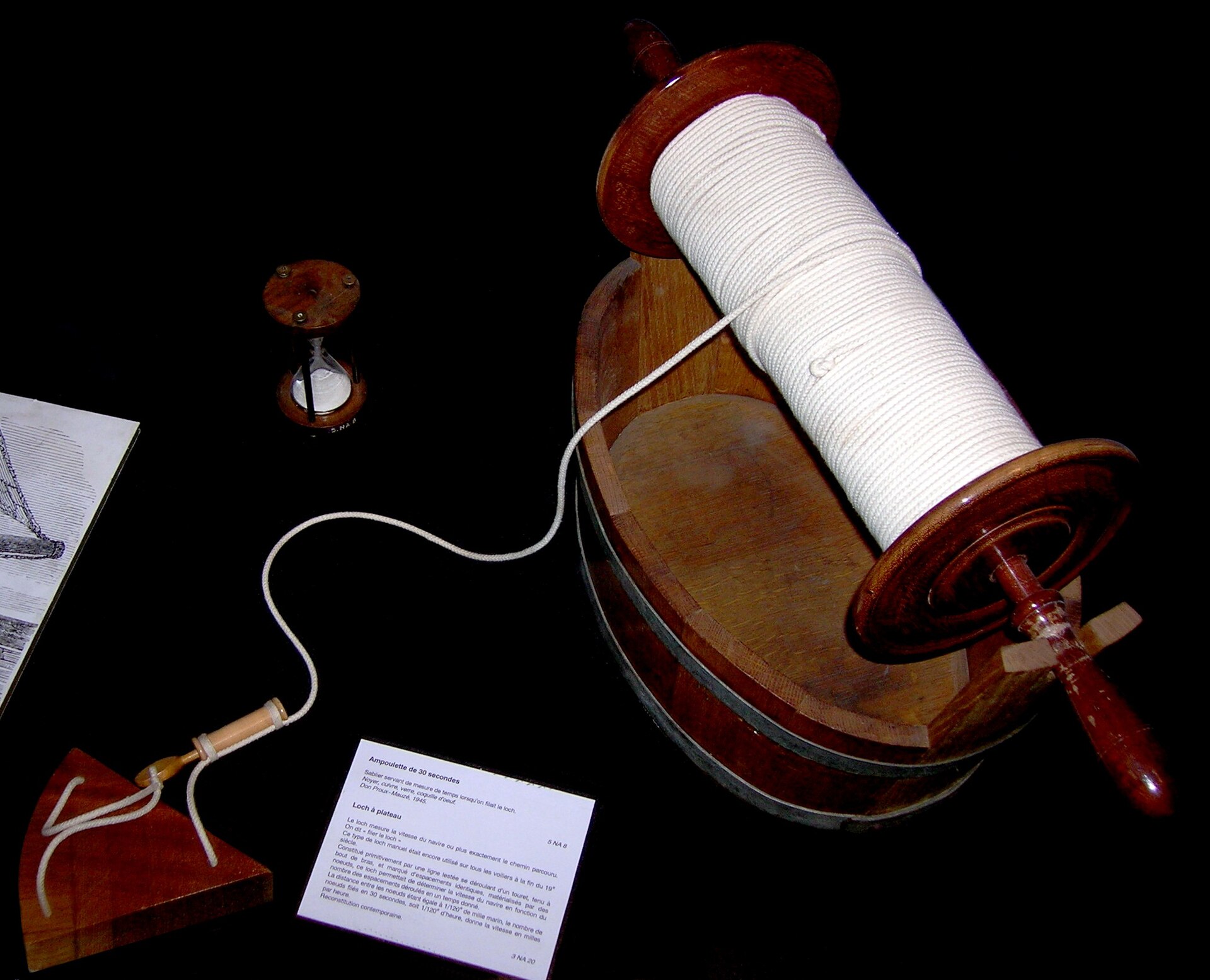 There are many vessels for fermentation, from jars to wooden barrels, and yet a canoa looks like the most solid one. Also they can be used for many things, from fermenting mezcal to making saurkraut.

Ciabatta bread was invented by an Italian jealous of the French baguette's popularity.

For years, Rome could only look on, horrified, as large-scale baguette imports from France threatened to monopolise the lucrative sandwich market in Italy. It was time to hit back with an equally commercially viable product.

In 1980s there was a British TV show with amateurs doing dangerous stunts almost without rehearsals.

Multiple serious injuries resulted from these stunts, including the death of Michael Lush in 1986. The show was cancelled in the aftermath of his death.

Strolling through the country full of Victorian houses it is hard to miss these tiny doors (either for gnomes or for fairys), which are in fact just boot scrapers:

Convenient for removing mud and manure from the bottom of your shoe or boot, the scrapers admirably served their purpose for many years until most of [...] streets were upgraded with a pavement, keeping traffic separate from pedestrians. 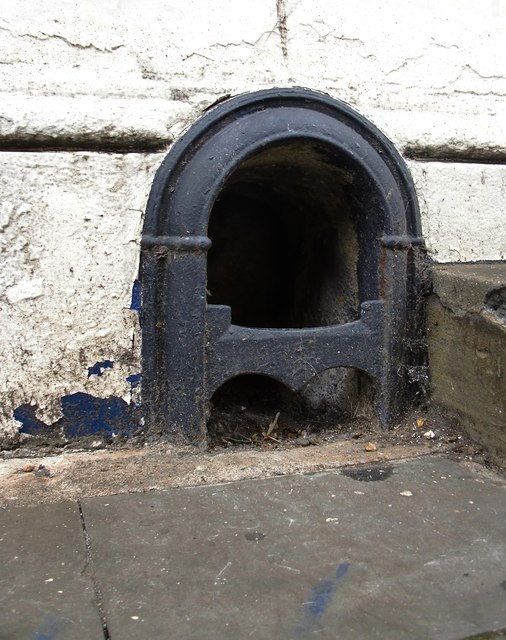 Despite all those fancy digital sensors, the leakage engineers still use wooden sticks to detect water leaks:

The long wooden sticks with an ear-trumpet style end vibrate when a leak is detected, producing a distinctive sound. They have been used for more than 100 years and are still a staple for modern leakage engineers.

There are dishes we expect to be healthy (e.g kale) or unhealthy (e.g a Big Mac). However, the truth is slightly more complicated. For example, pork cracklings do not sound like a better replacement for any of the five-a-day.

Skin is one of the many forms of connective tissue in all animal bodies and is composed almost entirely of protein, typically undergirded by a layer of fat. When these strips of pig skin are fried, most of the fat is rendered out and the connective tissue puffs, resulting in a delectable, crunchy, salty crackling.

9. The longest train ride in the world by basementgeographer ¶

For those in love with trains, there is a nice way to spend two weeks traveling for 10.5 thousand miles across the half of the globe.

All told, the 17 000 km (10 566 mi) journey takes 327 hours, including time zone changes. That’s over 13-and-a-half days. Going the express route, you might be able to pull it off for just over US$2 000, and you may still be able to book first-class for US$3 400 (but take those figures with a grain of salt since everyone from travel agents to local authorities to amenity providers will be sure to add to the final total).

Some of the most obscure techniques in cocktail-making involve looking in to the past, not inventing from scratch.

There are two things to keep in mind: the difference between a trained flavours palette vs someone without such experience, and the tremendous difference in ingredients.

Think about beer. Quite pottable on its own, it also makes a great mixer than used instead of seltzer in many common drinks like Negroni Sbagliato.

However beer as the base spirit? Sounds so odd.

From the Jacob Grier's "Cocktails on Tap":

Historian Dorothy Hartley, in her 1954 book Food in England, explains that modern travelers, accustomed to comfortable transport and regular meals, no longer feel the need for such “soup wine” or “ale meal.” When travel was harder and meals were scarce, these struck a happy medium for the weary traveler.

After long hours of travel, hot wine, or spirits, on an empty stomach, were not too good, and yet often you were too tired to eat. Thus, the compromise of a caudle, which warmed you, fed you, and “kept you going till you could obtain a solid meal.”

These meals in a form of drinks were still fairly common in 1950s, albeit among the working poor and rural folk.

Today they are pretty much gone. The closest one is probably the Bloody Mary, and yet it is served cold and is closer to a gaspacho, but such a great room for re-inventing something already proven by time.