The life of a newsletter editor is a constant scavenger hunt for ideas.

The notes you read through weekly are just the residue of the intellectual adventure I am on, hence the things below are always a special form of talking to myself, a sneak peek into the way the ideas emerge, get shaped, and then filtered out to the extent where I am entirely satisfied with the words I wrote.

Writing should always target the audience of one, the writer. If it doesn't, the chances are, you are not writing for yourself and the adventure is not yours anymore.

It is always better to produce something I would love to read, than something that thousands of others will merely like.

These are the only lenses I use to judge myself (and to be honest, the others too).

So welcome on the quick run through the world I've seen last week.

1. The Economists Who Studied All-You-Can-Eat Buffets by @bourreelam ¶

An interesting overview of the economy behind All-You-Can-Eat buffets, but this line specifically astonished me:

Those who paid $8 rated the pizza 11 percent tastier than those who paid $4. Moreover, the latter group suffered from greater diminishing returns—each additional slice of pizza tasted worse than that of the $8 group.

That proves the fact, that more expensive things are tastier (and the same most likely works for everything else).

Growing up in Russia meant that my literature education was filled with reading (sometimes very early) works of both the most prominent and the most obscure Russian authors.

I always liked Chekhov though.

Mood, Aiken suggests, was both Chekhov’s method and effect. If his characters seem unmemorable next to those of, say, Tolstoy, “it is because so often our view of them was never permitted for a moment to be external – we saw them only as infinitely fine and truthful sequences of mood”.

An unusual take on approaching time (relatively speaking) in a years' span:

I’ve found that doing some kind of significant event (holiday, life goal) in January makes the subjective year seem much longer. Firstly January is a very long but productively dead month, normally lost to the mists of time. December is all about routine relaxation too.

I wonder how that would work with the perception of folks from country to country, as the holidays and the weather affect one's attitude towards a specific month.

4. Toilets in a Medieval Castle by Mark Cartwright ¶

A really fascinating overview of the one of the most important things invented by the humankind.

Medieval toilets, just as today, were often referred to by a euphemism, the most common being 'privy chamber', just 'privy' or 'garderobe'. Other names included the ‘draught’, ‘gong’, ‘siege-house’, ‘neccessarium’, and even ‘Golden Tower’.

Great to see that not that much has changed since then.

If you have "van" in your name, people think that you are better and smarter.

Middle name initials often appear in formal contexts, especially when people refer to intellectual achievements. On the basis of this common link, the display of middle initials increases positive evaluations of people's intellectual capacities and achievements.

Should I change mine into "Vadim van Drobinin", or are my "intellectual achievements" good enough anyway?...

There are two things about the article. First one is well summarised in this quote:

The other one is, the server is powered by solar panels, so when the weather in Barcelona is bad, the website doesn't work.

7. The Oysters That Knew What Time It Was by Jo Marchant ¶

I rarely enjoy reading though biological articles, and yet this one is really good.

Humans have cryptochromes too. Until recently, most scientists agreed that people can’t sense magnetic fields. But in 2011, researchers put the human cryptochrome protein into fruit flies that lacked their own version, and found that it restored the flies’ magnetosensing ability perfectly.

The world is way more complex than it looks like, and I can never be tired of being reminded about that.

8. Things I Learned to Become a Senior Software Engineer by @neilkakkar ¶

I rarely appreciate titles, and yet titles are important as far as they represent the actual learning path.

I’ve learned to embrace this feeling. It excites me. It’s information about what I’m going to learn. I’ve taken it so far that I’ve started tracking it in my human log - “Did I feel fear this week?” If the answer is no too many weeks in a row, I’ve gotten too comfortable.

9. The ‘g’ in Google’s Old Logo Is Really Weird by @sarahzhang ¶

But even on top of the Google's history, it's really interesting how the Gothic script has changed over the centuries (not much), and affected the most common type font families these days.

10. How Much Leisure Time Do the Happiest People Have? ¶

How much free time does one need to be happy?

employed people’s ratings of their satisfaction with life peaked when they had in the neighborhood of two and a half hours of free time a day. For people who didn’t work, the optimal amount was four hours and 45 minutes.

If you have a full-time job, you don't need much. If you don't, you do need only slightly more.

Most people know about the esperanto, an artificially create language. Way less people are aware of Solresol, another artificial language, built upon the musical grammar.

Is your health good? - Redofafa?

Will you go to the countryside this year? - Fadoremi?

Will you go to the theatre tonight? - Soldoremi? 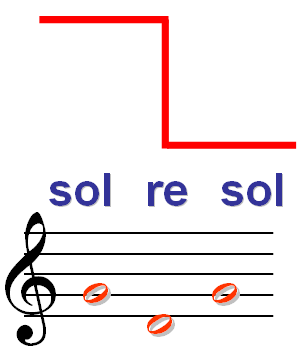 The winner of the 2014 Bombay Sapphire Most Imaginative Bartender competition has created a drink with a taste of money.

His paper syrup contained a base of caster sugar and water, to which he added vanilla, fresh cut grass from outside the hotel, gentian root and (gentian-rich) Suze liqueur, and Laphroaig 10 year scotch for a touch of woody peat.

Apparently, the Bombay Sapphire distillery used to print money and that's the reason for the drink.

Funnily enough, I have been there, at Laverstoke Mill, thanks to a surprise Christmas gift from my wife, and toured through the place, learning how to blend ingredients and produce gin at a production scale.

A beautiful place well worth the visit.

My trip to Poland last year brough one of the greatest language surprises. Folks over there have pierogi, which in Russian would mean "pies". However, they look like Russian varieniki, a riff on Russian pelmeni (dumplings), but in a half-moon shape, which are usually filled with something sweet (it's not the case with the Polish dish).

Now, apparently, there is also uszka, which does look like proper Russian pelmeni (or Italian tortellini).

However, it is usually served in barszcz (sounds very similar to the Russian borscht), a beetroot soup. 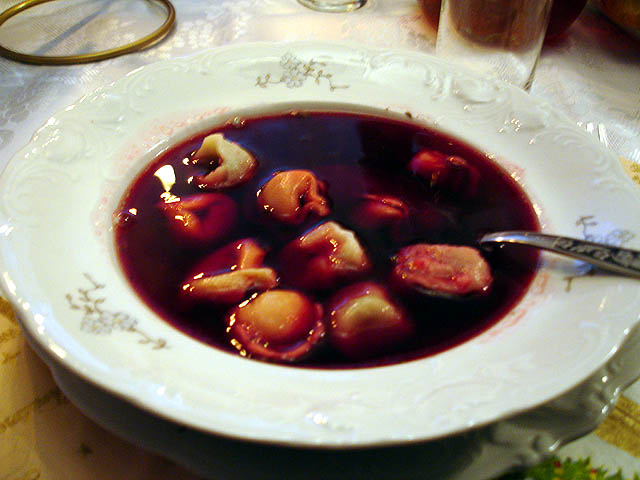 So close and familiar, and yet so weird.

No point in leaving a pineapple on the counter for a few days. It won't really change:

A pineapple will not ripen any further – get any sweeter – after picking. It is sugar that makes pineapple sweet after ripe.

Do you remember the wake up shots from Back to the Future? That's actually a real drink!

The key to understanding Jevons,” he said, “is that processes, products, and activities where energy is a very high part of the cost—in this country, a few metals, a few chemicals, air travel—are the only ones whose variable cost is very sensitive to energy. That’s it.

In other words, if the Internet gets faster, it becomes more bloated, which makes it slower in the long run.

I really wonder how the period from early 2020 to late 2020 will be dubbed by historians.

The Great Binge is a 21st-century neologism, coined by amateur historian Gradus Protus van den Belt, describing the period in history covering roughly 1870 to 1914. It is so known because of the widespread use and availability of narcotics such as opium, heroin, cocaine, morphine, and absinthe.

Really great news for all the time-travellers out there:

the lower end of the estimate is more accurate: T. rex probably could only reach around 12 miles an hour. Any faster, and its bones would have shattered.

Given that humans run at approximately 10-15 miles per hour, T. Rexes do not sound that dangerous anymore.

Wikipedia sums it up well:

Cosmic latte is the average colour of the universe, found by a team of astronomers from Johns Hopkins University.

For those keen on putting this into their apps, here is the colour: #FFF8E7.

The definition probably won't give away too much:

A gravity train is a theoretical means of transportation for purposes of commuting between two points on the surface of a sphere, by following a straight tunnel connecting the two points through the interior of the sphere.

But in other words, if you manage to get an airless and frictionless tunnel between any two points on Earth, and then drop any object in there, it would take 42 minutes for that object to reach the other side of the tunnel. Cool, right?

I am slowly going through the Stephen Fry's "Heroes", where he retells the Greek tales in his very own, funny and yet tragic way. Here he winks at the German "Kinder, Küche, Kirche":

Meleager’s uncles came forward. The Thestiades had not been conspicuously in the forefront of the hunt, but their sense of family honour and male pride now spurred them on.
‘That witch is an outsider,’ said Toxeus.
‘A deranged virgin who took one lucky shot,’ said Eurypylus.
‘The honour of the kill must go to the house of Thestios,’ said Evippus.
‘A woman’s place is the hearth, harem or home, not the hunt,’ said Plexippus.

My first encounter of Stephen Fry was very random, not through his brillian voiceovers of the Harry Potter books, or QI shows.

A very good friend of mine suggested a novel to read, "The Hippopotamus", and despite being too young to appreciate it to its full extent, I finished it in one day (and maybe missed a few lectures but it doesn't matter). Since then I am trying to slowly go through his whole collection of books, and while that take ages, I can't really complain.